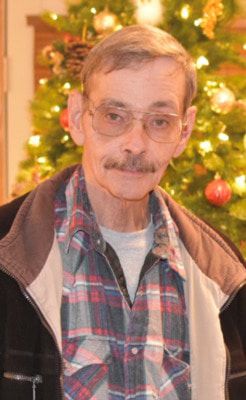 Memorial Services for Donald Edward Ross, 67, of Center, will be at

pastor Glenn Hammond officiating. Friends and family are invited to attend.
Donald passed away on the afternoon of December 24, 2020 at Hannibal

Donna (Rusty) Boston both of Paris, Martha Poole of Philadelphia and

Claudia (Jerry) McGuire of Greenfield, one half brother Jackie (Karen)

Ross of Montecello, IA, along with numerous nieces, nephews, and friends.
Donald was preceded in death by his parents and one brother, Weldon

Wilson Ross Jr.
Donald was a lifetime area resident. He was a Christian and enjoyed

was a 1971 graduate of Mark Twain High School. He worked many years at

Intermet Diecasting in Monroe City. He also worked as a custodian at

time working alongside the teachers and students at New London.
Donald loved the outdoors. When he was in good health he loved

helping others with yard work and gardening. He spent months moving and

a bulldozer. His hard work and contribution is something the family will

Reunion.
For the people who knew Donald best, there wasn't anything with

gears and wheels that he couldn't tear up. He enjoyed collecting classic

model cars as much as being behind the wheel of one. He had a large

others. He was a humble soul who gave selflessly, never wanting

recognition. In his passing to continue helping others, memorial

Online condolences may be made at www.bienhofffuneralhome.com