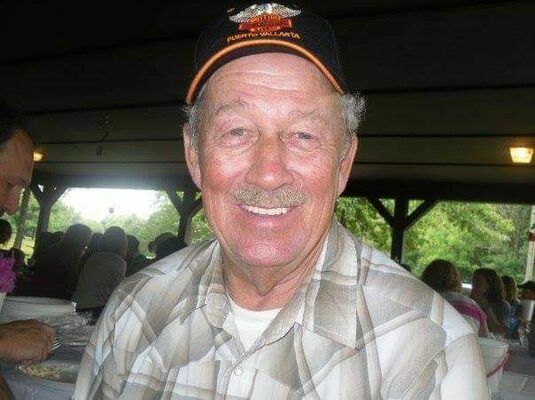 Funeral Services will be at 11:00 AM, Tuesday, January 19, 2021 at the James O'Donnell Funeral Home in Hannibal, MO. Private Burial will be at Missouri State Veterans Cemetery in Jacksonville, MO. Pastor Randy McDonald will officiate.

Friends and Family are invited to Wilbert's Life Celebration at a visitation that will be from 10:00 AM to 11:00 AM Tuesday at the funeral home.

Wilbert was born June 12, 1943, in Hannibal, MO to Harold Jenkins Reynolds and Ruth Thelma Ferrell Reynolds. He was married to Rose Elma Felter. She preceded him in death in 2004.

Professionally, Wilbert was a truck driver for Ralls County Road and Bridge Crew, from which he retired.

Wilbert enjoyed riding motorcycles and traveling on his Harley Davidson Fat Boy. An avid hunter, Wilbert hunted deer and squirrel, and also loved fishing. Trips to the Panama Canal, Alaska, or even watching some old westerns like Gunsmoke or Bonanza were a few of Wilbert's favorites. Most of all, Wilbert took pleasure in the time he could spend with his friends and family, especially his grandchildren.

Wilbert proudly served his country in the U.S. Army during the Vietnam War. Wilbert served in the U.S. Army from 1964 to 1967 earning the rank of PFC E3. Wilbert also was a sharpshooter in the Army and earned the National Defense Service Medal and Safe Driver's Badge.

Wilbert was a Baptist by faith.

Memorial contributions may be made to the Northeast Missouri Humane Society.

Online condolences may be shared and video tribute may be viewed at www.JamesODonnellFuneralHome.com .