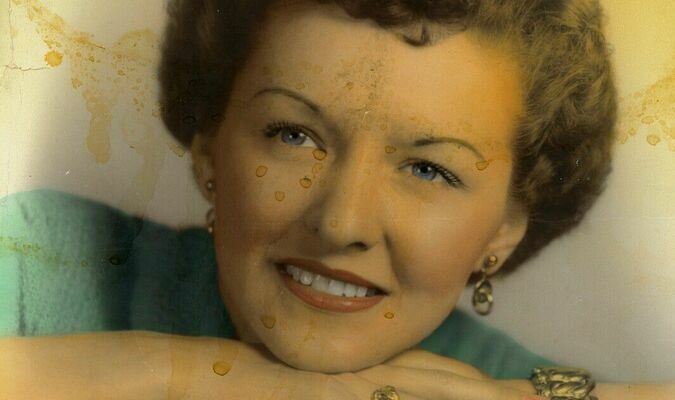 She was born in Shelby County on October 14, 1930. Pat was the daughter of Eldon and Faye Gaines. She later was raised by her mother and stepfather, Lloyd Magruder. She was united in marriage to Ernest Pollard Brengle on June 4, 1955 in Mexico, MO. They settled on the family farm in Granville, MO, where they had a full and happy married life for 58 years.

Pat is survived by her daughter, Paula Thornhill of Sturgeon, MO. She is also survived by three granddaughters and four great-grandchildren.

She was preceded in death by her husband, Pollard Brengle, daughter, Pamela Brengle Harrison, parents, grandparents, aunts, uncles, and cousins.

Pat was valedictorian of her 1948 graduating class and went to Kirksville College to receive her teaching degree. She was also a member of the Alpha Phi Sigma Sorority during her college years. She taught in a rural one room school for two years before settling down to marriage. For the remainder of her life she was a loving housewife, mother, grandmother, and caretaker for all of her family. She loved her family and showed it through hosting many gatherings at their home, helping whenever was needed, and Pat was caregiver when family members required help through health and advancing age issues. It was also well known in the community that Pollard and Pat would lend a helping hand to anyone in need.

Pat was a vivacious and energetic woman that loved music, reading, and decorating her home. In her younger years, you had to look twice to make certain the furniture was still where you remembered it, as it could be moved around where you least expect it. She has a quick and acerbic wit. She cut to the core of things, but had a big heart and was generous with her time, resources, and love. She also loved her housedogs throughout the years. All were spoiled and mostly a tad overweight from frequent and hardy feedings. In Pat’s retirement years, their Pekingese dog, Ike, was their last dog and thus a little more special. He was well known to the neighborhood. It was no secret that Ike was adored by Pollard and Pat and was a beloved part of their retired life. She also enjoyed “date nights” with her husband, going to dinner or on trips with old friends. However, their mainstay was the family and they were the glue.

Pat was a lifelong Christian and helped out with teaching Sunday school classes as her children grew up and was a support to the First Baptist Church that she and Pollard were members of for over 50 years. Both she and her husband attended the Kum Double Classes in their later years. It is hard to separate one from the other, as they did everything as a couple, up to Pollard’s death.

In lieu of flowers, the family asks that donations be made to St. Jude’s Hospital for Children or Neighbors Helping Neighbors.

Visitation will be held on Friday, September 3, 2021 at Greening-Eagan-Hayes in Shelbina, MO, from 12 pm until 2 pm. The funeral service will begin immediately following at 2 pm. Her final resting place will be at the Shelbina Cemetery by her husband and daughter.

Give blood or platelets for chance at year's su...

Road to Close for Culvert Replacements on Route...